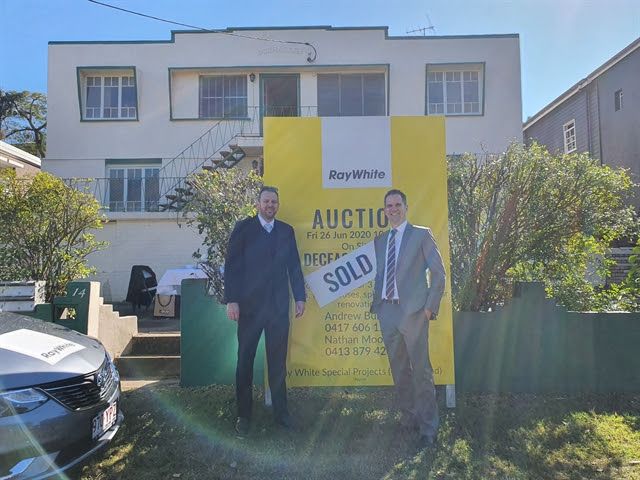 A BUILDER/DEVELOPER who lives within walking distance of Norman Park beat off strong competition from 16 other registered bidders as 12-14 Moreton Street sold for $1,110,000 under the hammer.

The deceased estate, that came with an 810sq m* land area, sold significantly over the reserve price, with the money bequeathed to charity.

Mr Burke said the successful campaign came down to an old-fashioned letterbox drop, with the help of his two children. 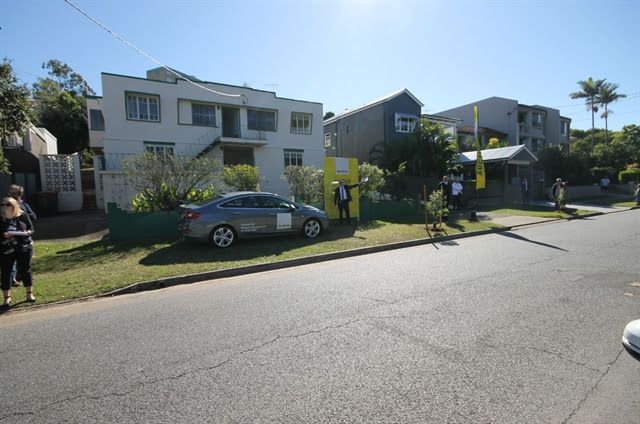 “The eventual winning bidder became aware of the opportunity from a brochure we’d dropped off,” he said.

“Normally we use a third party for this but my two young kids were suffering from a bit of COVID-19 cabin fever so we got them to deliver to give them a bit of exercise. Nathan and I promised them a box of ice creams each if the eventual buyer came from it.

“Fortunately for them and for us – the letterbox drop was a success. The buyer literally lives just down the road so it proves how crucial super-local marketing still is.”

Mr Moore said 17 registered bidders was a sign the commercial market continued to defy the negative speculation due to the COVID-19 pandemic. “We know that with certain locations and asset classes, the time to be buying is now, and attracting so many bidders proves just how active the market is,” he said.

“The site previously housed five flats but the potential laid in knocking it down. The site has been assessed as a development for units, townhouses or a splitter block.

“The location was also a real drawcard, being within walking distance of the ferry terminal, bus and train, and on a 10-minute drive to Brisbane CBD.”

Back to all news
Up to Date